Advantages and disadvantages of turbocharging

The so-called turbocharging is actually a technology that uses the exhaust gas generated by the operation of the internal combustion engine to drive the air compressor. The role of turbocharging, in short, is to increase the intake of the engine, so as to improve the power and torque of the engine and make the car more powerful. 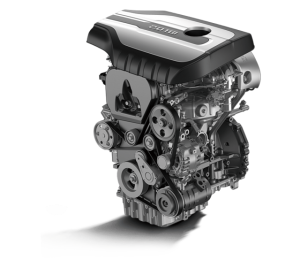 The working principle of turbocharging is actually simple. It uses the exhaust gas from the engine as the power to drive the turbine in the turbine room. The turbine drives the coaxial impeller, which compresses the fresh air sent by the air filter pipe and then sends it into the cylinder. When the engine speed is accelerated, the exhaust gas exhaust speed and turbine speed are also accelerated simultaneously, the air compression degree is increased, and the intake volume of the engine is correspondingly increased, so the output power of the engine can be increased. 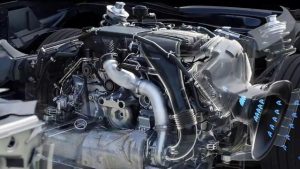 Turbocharging has many advantages compared with natural suction, otherwise the car companies will not make great efforts to develop it. Turbocharging can greatly improve the engine's power and fuel economy without increasing the engine displacement. For example, our most common 1.8T turbocharged engine, after supercharging, can reach the power level of 2.4L engine, but the fuel consumption is not much higher than that of 1.8L engine.

Of course, there are disadvantages of turbocharging. The first is the inevitable power lag caused by its structure, which is not smooth; the second disadvantage is that the pressure and temperature of the turbocharged engine are higher than that of the ordinary naturally aspirated engine, which is more likely to cause problems, such as oil leakage, etc., and later maintenance is more troublesome.